These green minded celebrities who recycle their red carpet looks took great no matter what they wear!

I’ve always loved watching celebrities exiting their limos onto the red carpets – there’s something quite exciting about seeing some of the most beautiful people on the planet dressed up in their finest, looking more glamorous than ever.

But there’s a dark side to this, too. Designers often pay celebs to wear a creation, or ‘donate’ it to them for the flurry of publicity their gown is sure to get in the press. But in exchange, they usually demand that the dress not appear anywhere ever again. What a waste!

Luckily, this is starting to change. Livia Firth of EcoAge has created the Green Carpet Challenge in which stars are tasked with recycling old outfits, wearing vintage or ordering designers to create eco-friendly formal wear for a big event, like the Oscars, Golden Globes or Cannes Film Festival.

Consciously-minded stars are also now being bold enough to re-wear outfits to gala events. Initially, they received media criticism for being ‘too cheap to buy a new dress’ or ‘too lazy to come up with another outfit’. But now, the tables are turning, and celebs who recycle their red carpet looks are being praised for their more sustainable approach to fashion.

First worn to collect her Golden Globe in 2014, Cate Blanchett reword this amazing Armani Privé gown to the opening ceremony of Cannes this year, too. This outing was a partnership with EcoAge to highlight the waste of not re-wearing your clothes, and how sad it is to leave something this beautiful hanging in your closet. This Alexander McQueen dress has already been worn by Tiffany Haddish three times: first to the “Girls Trip” premiere in July 2017, then to her November 2017 “Saturday Night Live” hosting gig, and most recently while presenting an award at the Oscars. The dress is so elegant and looks amazing on her, no wonder she pulls it out again and again. There’s something so timelessly chic about a good pair of black heels, and Kirsten Dunst has been showing off her favourite pair of Christian Lacroix ankle-strap pumps since 2007. They’ve complimented her gowns at Cannes, the Met Gala, the Oscars, and movie premieres. But she’s also recycled red carpet gowns, too, such as the one she wore at both the Vanity Fair Oscars Party 2004, and at a Chopard Party in 2017. Would you dare rewear your wedding dress? Keira Knightly does! Custom made by Chanel, she clearly adores this strapless chiffon confection. The dress is so effortless and light, you can’t blame her for wearing it again and again. After working in fashion for 30 plus years, Anna Wintour knows what she likes and knows what looks good on her. She often wears pieces over and over, like this Carolina Herrera floral dress that she modifies with different shoes and accessories. Kate Middleton is the queen of rewearing clothing in the modern era. Whether it’s day suits or evening dresses or her favorite pair of wedges, she has no problem switching her hairstyle or changing some accessories to make an outfit look fresh again. My favourite ‘Kate’ gown, (and probably hers, too) is this lacy black Temperley London number. Princess Diana loved a well-constructed dress, and she knew the power of a good tailor. She often used one to deconstruct and redesign her favourite outfits to keep up with her changing style and the changing times. I particularly love this embroidered gown that was originally ‘totally 80’s,’ with its sleeves and a high neck, but was reborn in 1989 into a sexy, strapless number! Helen Mirren has been breaking the taboo of rewearing red carpet looks for awhile – for example, he’s been seen in this floral Dolce & Gabbana Dress at least five different times. She’s also been critical of the system that prevents celebrities from rewearing an outfit, telling ITV that, “Occasionally, designers let me keep what they send me. But you can’t wear them more than once as the designers won’t like you to. I get told off when I wear something more than once – which I do a lot.”

Sometimes the best vintage shop is your closet! And I bet Rita Moreno’s closet is pretty amazing. To present at the Oscars this year, she went ‘shopping in her closet’ and found this black obi gown that she wore in 1962 when she won the Oscar for Best Supporting Actress in West Side Story. Unsurprisingly, she still blew people away in the same outfit over 50 years later. It suits her skin tone beautifully, and the cut is super flattering, so no wonder Eva Mendes wore this gown not only at the cocktail party for “Last Night” at the 5th Rome International Film Festival in 2010 but also the next day at the premiere of “Little White Lies.” 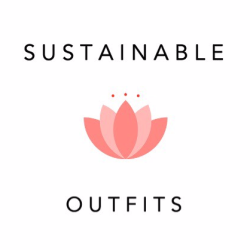 Katy Carik
Junior Features Writer at Eluxe Magazine
Katy has written for various publications, including the Expat Singapore and Mynah. She is also the styling talent behind the ethical fashion website Sustainable Outfits. Follow her on Instagram.